Skip to content
A small selection of some of the wonderful events I’ve been invited to take part in. Huge thanks go to all of the brilliant librarians, producers, and event organisers! Follow the Gabrielle Kent Author page on facebook for updates on upcoming events.

Doctor Who and the micro:bit – Live Lesson

In March, the lovely folks at the BBC invited me to feature as a guest expert in a Dr Who themed micro:bit Live Lesson focussed around computational thinking skills. Together with Julia Hardy, Iain Stirling, and experts from google and Ubisoft, I got to help save the world from the Daleks, a lifelong ambition that I didn’t even realise I had! I also felt my baby daughter’s first kicks as the Dalek was screaming EXTERMINATE!
Watch the episode here. 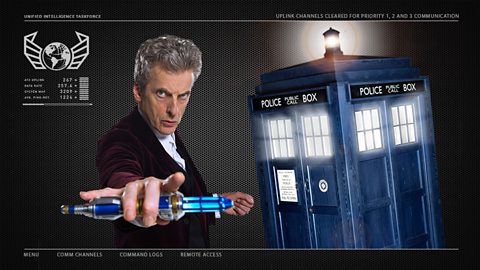 This year I was lucky enough to be invited to the brilliant City of London School by super-librarian, David Rose. Over the course of the day I spoke to three groups about the inspiration behind the Alfie Bloom series, all in front of the spectacular organ in the Great Hall. The views across the Thames from the school are absolutely magnificent!

I was delighted to be invited to Seven Stories, the award winning National Centre for Children’s Books, to chat about the range of different roles within games studios, and how young people can work towards getting into the industry.

The Northern Children’s Book Festival is an incredible event involving dozens of librarians, fantastic authors, and THOUSANDS of young readers. The Gala Day at the end of the festival was an action packed celebration of children’s books featuring such wonderful authors as Cathy Cassidy, Philip Ardagh and Barry Hutchinson!

As part of London Book and Screen Week I was invited to take part in a panel discussion on writing and games with my BFF Rhianna Pratchett, journalist Leigh Alexander, and writer Rob Morgan. Big thanks to the organisers, and to BAFTA for hosting the event.

I count myself very lucky to have been invited to speak at the Edinburgh International Book Festival just after the launch of the first in the Alfie Bloom series. It was a pleasure and an honour to share the stage with Katherine Woodfine, author of the Sinclair’s mystery series who had just launched her incredibly successful first title, The Mystery of the Clockwork Sparrow. The session was facilitated by the brilliant Lindsey Fraser, from Fraser Ross.